Welcome to the Texas Spurs FC

You are INVITED to Join US!

Several of our teams still have a few openings;

Shooting and skills on Fridays

open to all Spurs kids, free of charge

For those in another club, you will need permission from your club coach.  For Academy players, no permission is needed.

In an honor of Sean Elder, the Texas Spurs has created a scholarship fund.

Sean played for the Texas Spurs and was an integral part of our Spurs family for years.  He will be greatly missed and we cherish his memories forever.

The Sean Elder Scholarship Fund will be available to a deserving player, male or female. More details will be made available soon.

Texas Spurs FC
Sean Elder Scholarship Fund
PO Box 1598
Allen, TX  75069
on behalf of Rich and Kathy Elder, your gift is most appreciated.
We ask our Lord for comfort in our grief, and fondly recite Sean’s favorite scripture verse: “I can do all things through Christ who gives me strength.” (Philippians 4:13)

We invite all Spurs players to participate in our weekly videos

Schedule for Live Yoga - Wednesdays, 10 am -

Yoga is free, however, donations are accepted, between $5-$20 - via Venmo at @giannapuskarich_

Any questions, please feel free to contact Ed Puskarich, Director of Coaching, at 214-718-9963 or EPuskarich@gmail.com

Monday - May 4th - 8 pm - Tab Ramos - Tab is one of the best American players of all time to ever represent the USA Mens National Team. His career spanned numerous high level teams, scored some memorable goals, competed in World Cups, coaching at the highest levels, etc. Tune in for a great soccer chat!!! Watch Here

Monday - April 27th - 8 pm - Richard Sanchez, Hayden Partain, and Eddie Puskarich III  - Richard plays GK for Sporting Kansas City and won U17 World Cup with Mexico.  Hayden plays midfield for San Antonio FC and played for Wake Forest University.  Eddie played in 2nd Division Denmark for Odder IF and Brenes Balompie in Sevilla, Spain  - This will be a unique look at some young professional players who all 3 played for Coach Ed on the same team, the popular class of 94 boys! Watch Here

All chats are saved on the Texas Spurs Facebook page to watch at any time!

Come and see our new Home! Click on the link please!

We are so excited to see our Spurs players moving forward in their soccer career and education! Congratulations to all of these player! We wish you all of the best of luck!

The Texas Spurs FC is proud to announce the continuing partnership with Michael Johnson Performance.  Ed Puskarich, Director of Coaching at Texas Spurs boasts that "The renewal with MJP further confirms the commitment from Texas Spurs to our continued growth and development of our soccer players. MJP will provide much needed professional instruction and help push our athletes to reach their goals." 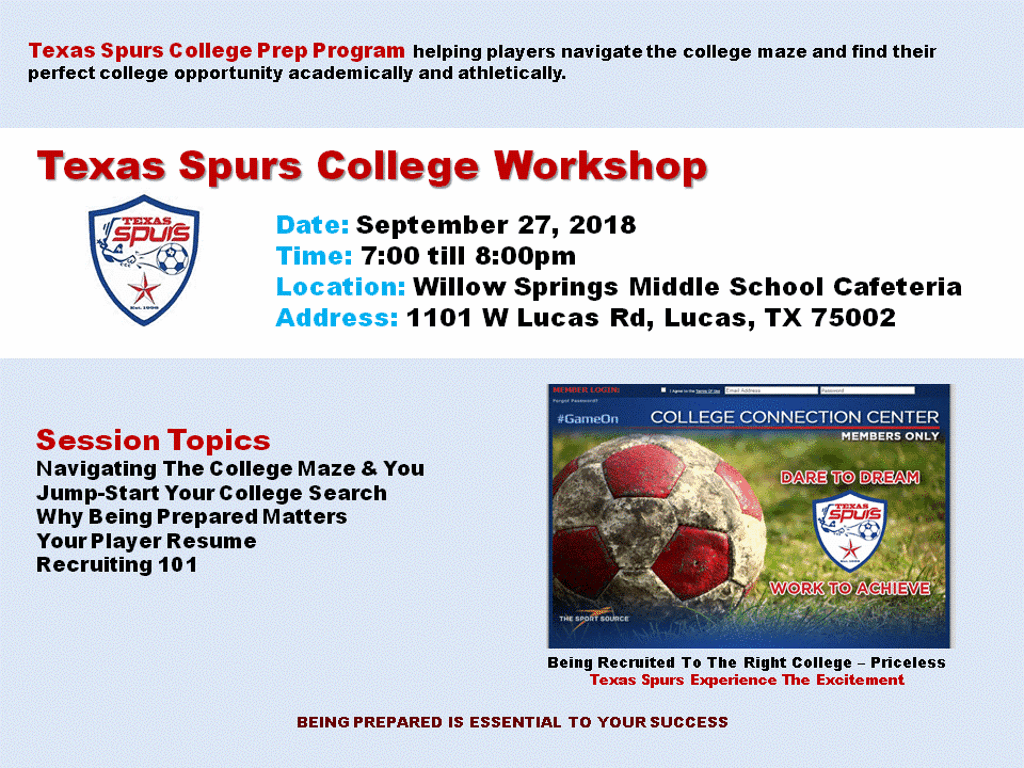 Find Your Perfect College by clicking the graphic.

This facility is located just north of Alma and 121. Training will be conducted on the turf field on the back side of the facility. Please enter from the North Gate.

Texas Spurs Park at Grace Church
2005 Estates Pkwy, Allen, TX 75002
The facility is located behind Grace Church.  Grass fields and lots of space. Please drive carefully as you head around the side of the building. 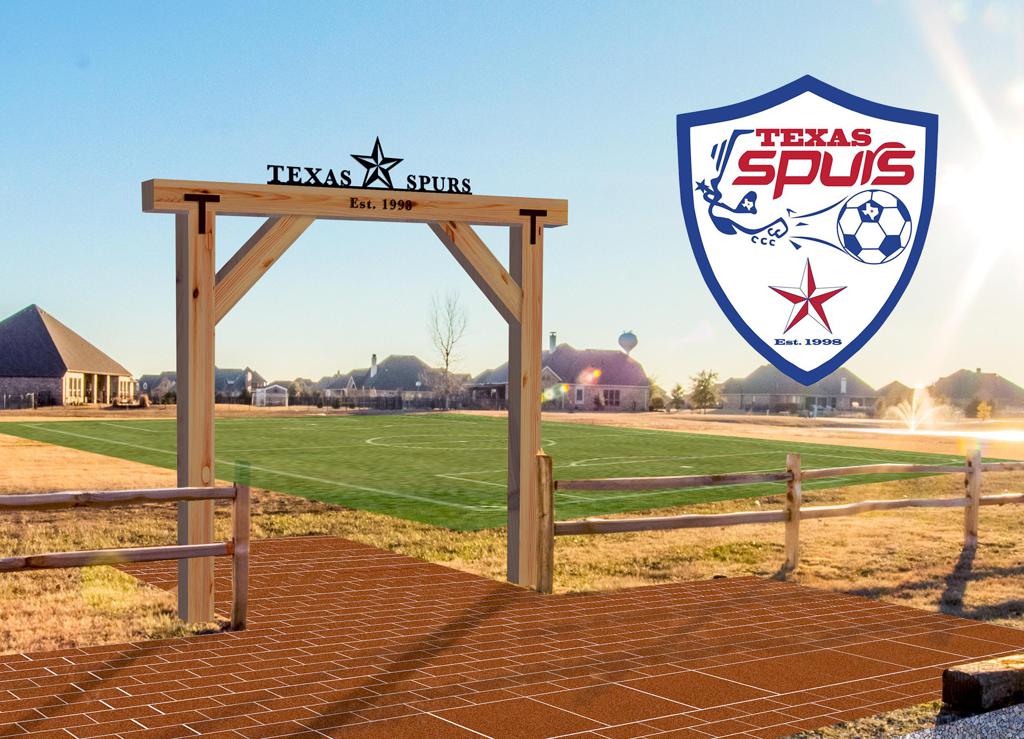