A Texan In Denmark

Preston 'PJ' Jones has been playing soccer since he was four years old. He joined Texas Football Club at the age of six, with Ed Puskarich as the director of coaching. Once Puskarich reestablished Texas Spurs Football Club in 2014, Jones joined his 2003 boys team and has been a loyal Texas Spurs player since.

His 2003 boys team is a success story all in its own. They started in Plano Division 3 and have worked their way up over the years. This summer they have officially qualified for Division 1 Classic league, a huge accomplishment for each of these players and the club.

He also traveled with the Stars ‘n Stripes International Soccer tour multiple years and played in some well known international youth tournaments including the Gothia Cup, San Marino Cup, and Helsinki Cup. In the Helsinki Cup, Jones and his team were champion winners in their bracket in 2019.

Jones is an incredibly hard worker and loyal teammate. He puts his team's needs before his own and plays with composure on and off the ball. Preston is a great example of one of the Spurs mottos, which is “Dare to Dream, Work Hard to Achieve”. If the complex is open, he is there and willing to train with any team that will have him including the high school girls teams, the men’s UPSL team, or any other team that will allow him to get some extra touches in.

Jones has been accepted into Aabybro Efterskole in Denmark and will be playing soccer and attending school out there. He is looking forward to the experience and knows it will be a great opportunity for him to grow as a player as well as a person. He hopes this experience will also lead to greater opportunities in his soccer career after graduation.

Coach Puskarich has high praise for PJ. "PJ has really improved in his tenure at Texas Spurs and this all came from hard work. He was challenged physically but never let anything keep him down. The Danish program is excited to have PJ and I am excited that he has the chance to go to Denmark to play soccer and continue his education."

﻿The Texas Spurs want to wish him luck in all of his future endeavors. The club is looking forward to seeing where his soccer takes him, and are so proud of him for how far he has already come. The Texas Spurs FC is thankful for Jones for paving the way for others as well by taking this huge step in his soccer career. 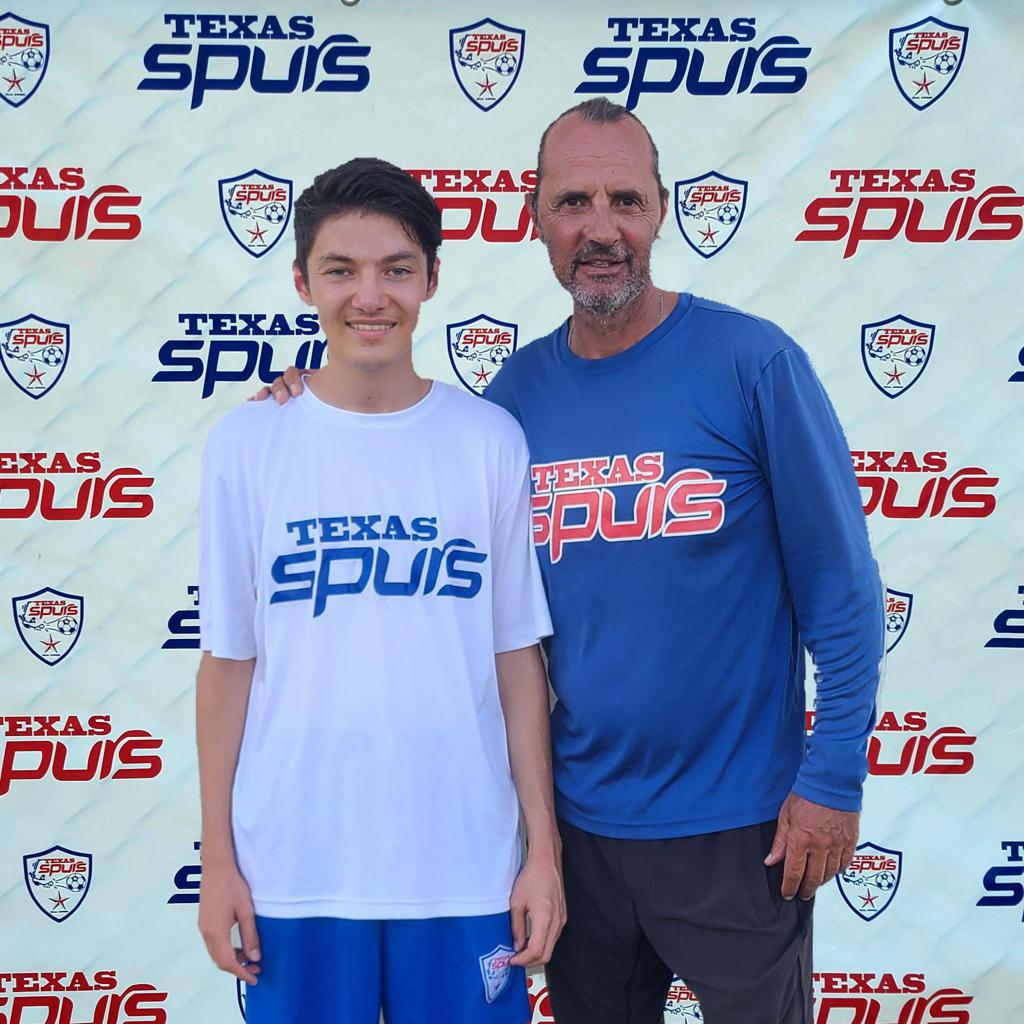