The Texas Spurs would like to welcome back Mikayla Uyokpeyi and welcome Mickey Brown and Emily De Almeida to the team for the 2019 season.

Mikayla Uyokpeyi has a strong soccer resume that includes playing for the University of Arkansas at Little Rock for four years in a Division I program and receiving the title of captain in her junior and senior year. Uyokpeyi had the opportunity to travel to England with her college team to play during her junior year and received All Conference in the Sunbelt Conference during her senior year. Uyokpeyi played for the Sting soccer club growing up in the North Texas area and has continued to play since she was young. In 2017, Uyokpeyi stayed out in Arkansas to finish her degree in business marketing, where she played for the LR Rangers in the WPSL. After graduation, she returned to the Texas Spurs. Uyokpeyi will be going into her fourth year with the Texas Spurs WPSL and fifth year at the WPSL level. Uyokpeyi is sponsored by Red Robin in Garland this year (5031 N. Garland Ave., Garland, Tx 75044). The Texas Spurs FC is excited for Uyokpeyi’s return, she brings vision, confidence, and experience to the field. She is a great leader and makes a huge impact on and off the field.

Micayla Brown (aka Mickey), grew up in Fort Worth, Texas where she started playing soccer at the age of four. She played on multiple club teams including the Dallas Texans, Fort Worth United, and the Tejanos. Brown attended Paschal High School and as an all-around athlete Brown played multiple varsity sports including track, volleyball, and soccer throughout her high school career until eventually making soccer her main focus. In 2009, Brown had the amazing opportunity of playing in the Junior Olympics for team USA in Reggio Amelia, Italy as Captain of her team. Her team went on to win the gold medal and she was named MVP of the tournament. That experience propelled her into playing collegiate soccer for Midwestern State University in Wichita Falls, Texas. Brown played all four years, was named captain for her senior year, received the team player award, and brought home three Lonestar Conference champion rings to wrap up her successful collegiate experience. Brown received a bachelor of fine arts and continues to paint today. Since then she has pursued her other passion for fitness and has become a personal trainer which has helped her stay strong and healthy as she prepares for the 2019 WPSL season. This will be Brown’s first season with the Texas Spurs. She brings speed, athleticism, and an incredible work rate to the field. Brown is sponsored by F45 (the South McKinney location), where she also works and stays fit throughout the year. The Texas Spurs is looking forward to what Brown will bring to the team this upcoming season.

Emily De Almeida played for Polaris Soccer Club and Forth Worth FC throughout her soccer career. De Almeida attended Paschal High School in Fort Worth, Texas, where she played on the Varsity team for four years. During her high school career she played center defender, and was awarded the MVP All-District Defender her sophomore and senior year. De Almeida pursued a career in accounting, and has since become a licensed CPA in the state of Texas. De Almeida and Brown played together in high school and have great chemistry together. De Almeida has a strong left foot and brings a great attitude to the field.

The Texas Spurs WPSL welcomes these ladies as they continue their soccer journey in one of the top leagues in the United States. We are looking forward to the 2019 season! 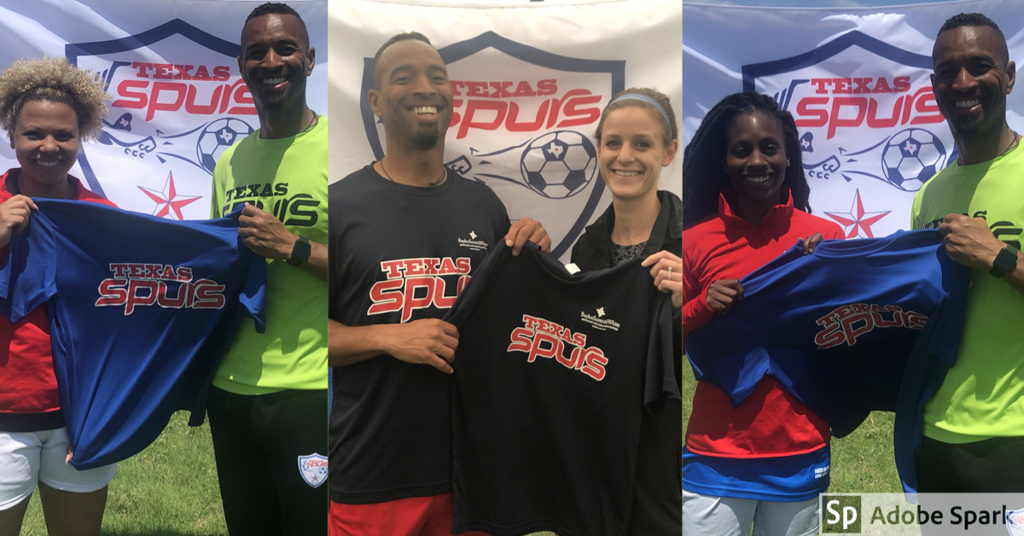